Back to the more mundane. A simple Wednesday afternoon ski at my favorite local haunt. Haunt is an accurate term for this area, as it used to be a significant mining town in the area – say 130 years ago – before falling prices for the ore, fire and ridiculously harsh winters brought the town back to mother nature. A true ghost town. There is even a graveyard for the morbid or simply curious.

Funky conditions out there. Funky like James Brown – not bad, just different. Three to four inches of fresh, on top of a grippy surface layer, on top of the more solid layer from the three weeks of warmth we've had. Required a little bit more the point 'em and shoot technique, as too much pressure would send you arcing across the hill ala Bode Miller in a slalom race. Necessary if your going to busting the gates at Adelboden, but not so much for a little afternoon powder ski on a mellow 20° powder slope. Took a couple laps, and that was plenty, as the world seemed to be a slow motion ethereal wooded landscape. Which, indeed, it was. OK, enough waxing poetically – here's some damned photos of the day. 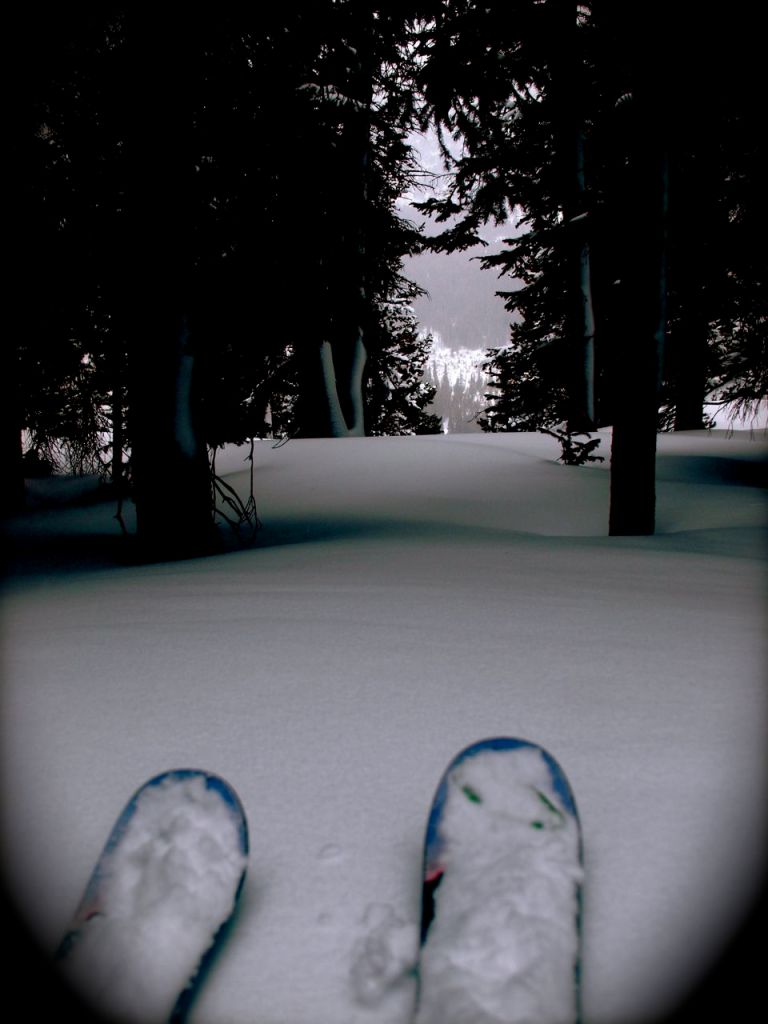 Point-and-shoot. After the January famine, the snow is starting to fill back in. 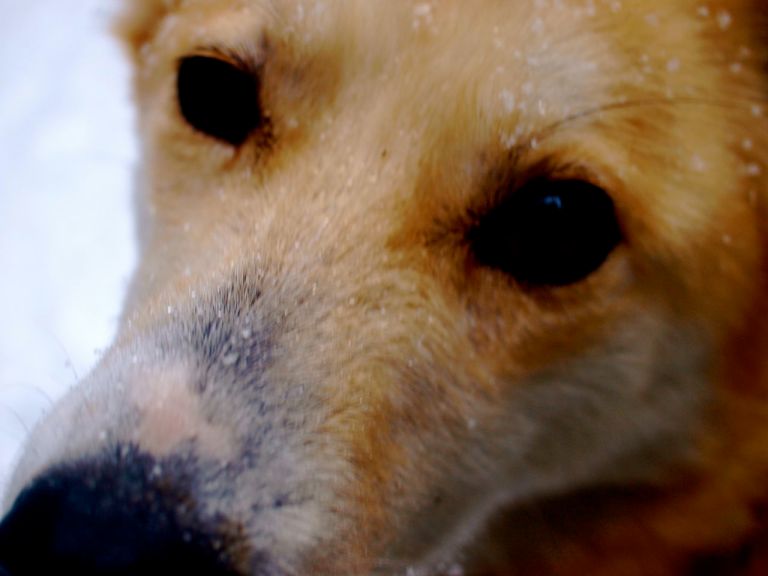 Close up of the best ski dog this side of Timbuktu – Stella! 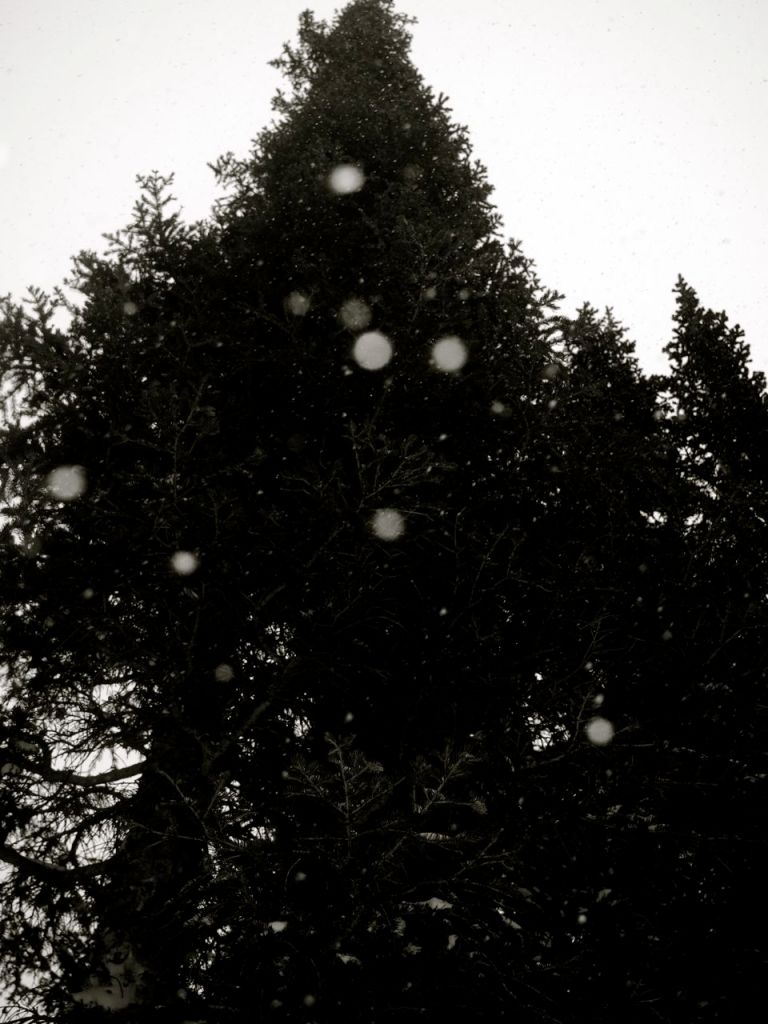 The snow has returned… 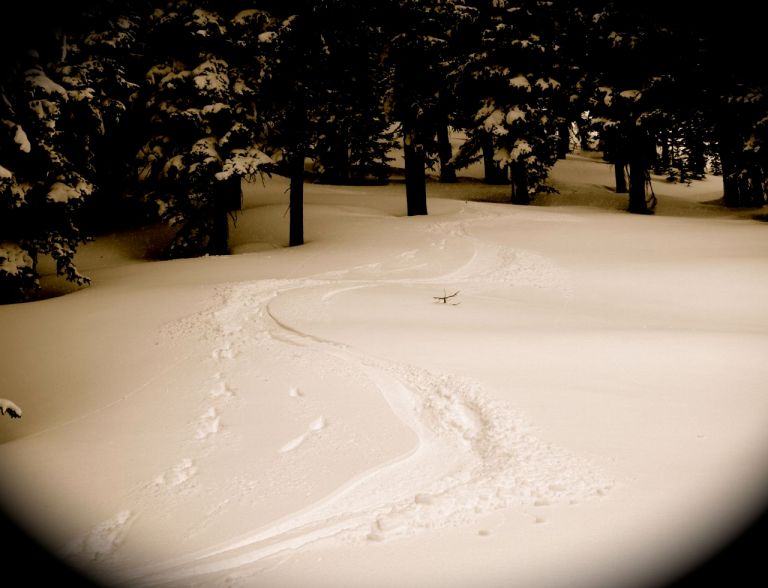 …and with it, picturesque ski lines through the woods. Note Stella cutting fresh tracks on lookers left of mine. All freshies, all the time for the dog. 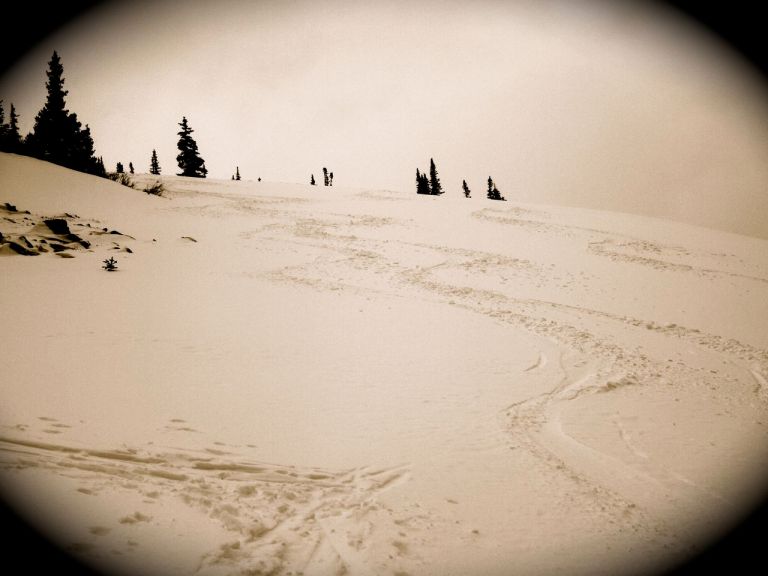 Snow twas a bit funky out here in the open seas, but that didn't deter me for a second, cause it was still really good. 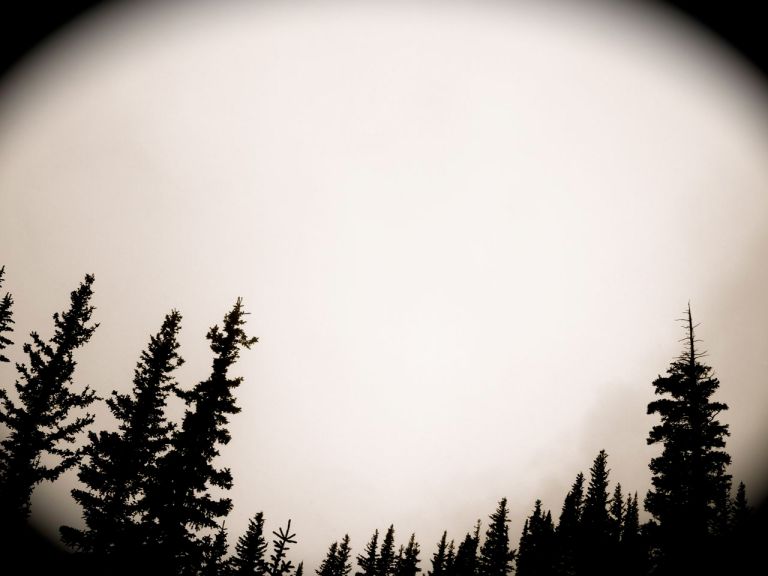 Just think, in a few months these will all be dead as vicious pine beetles ravage the insides of these trees. OK, that was morbid. 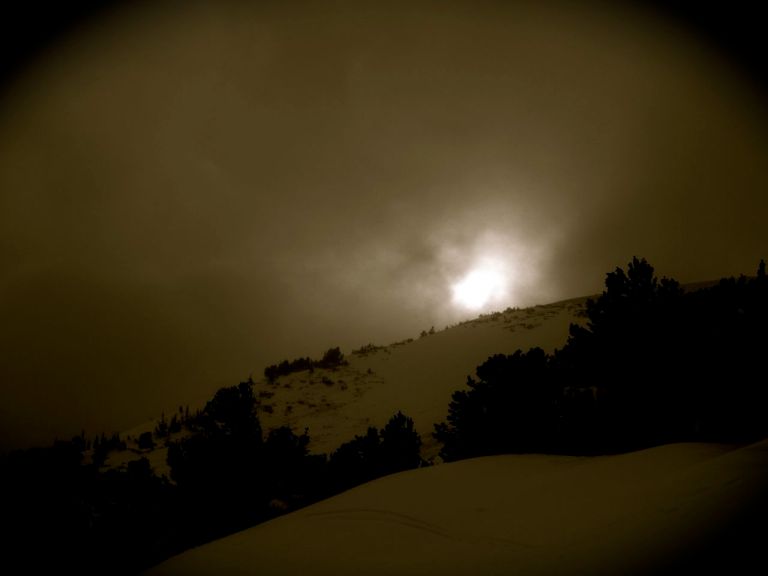 Solaris breaks through the high mountain landscape for a minute. 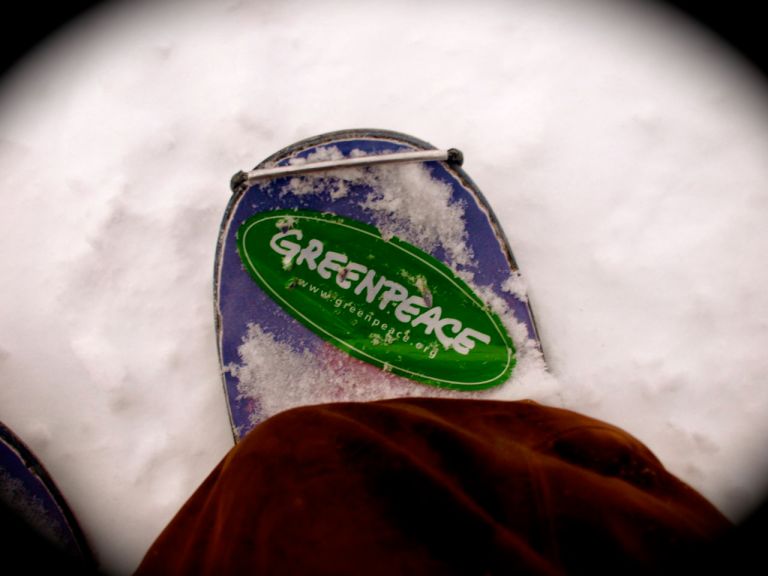 Yes, a lot of us who live up here in Nederland, Colorado are on the slight hippy side of things. A proud, sticker-flaunting member! 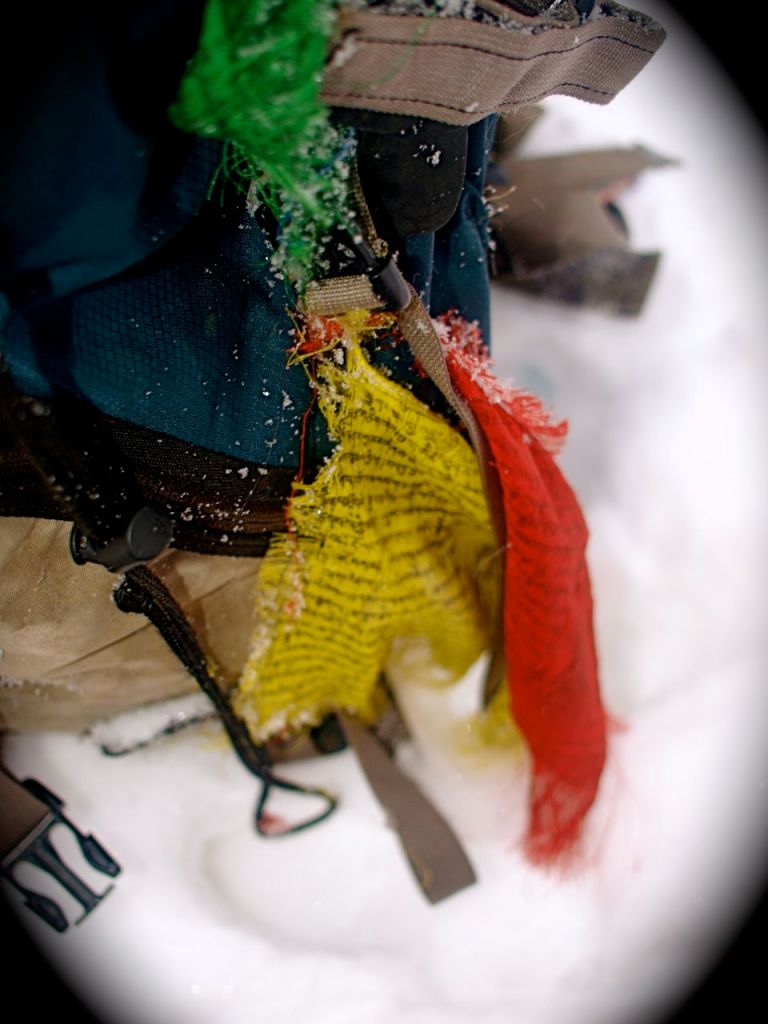 I'm a fan of keeping karma and the mountain gods on my side. 😉