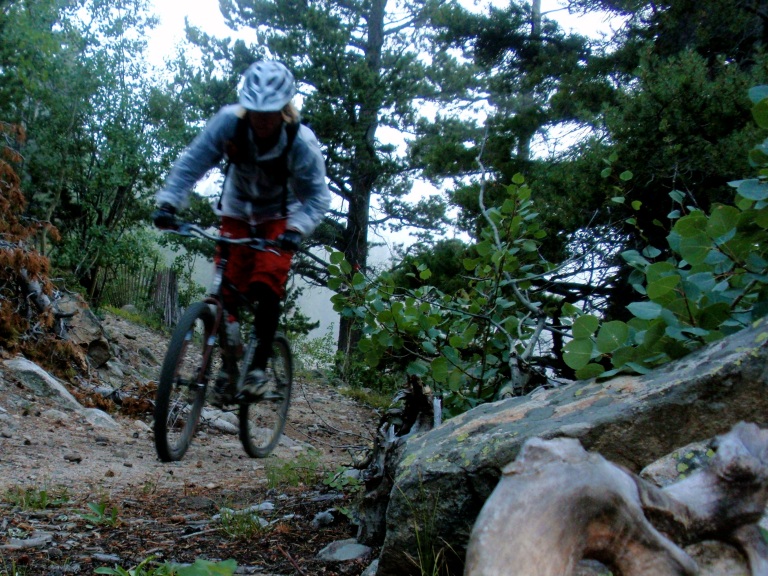 It's been a LONG time since I've had this feeling. You know the one. It's the night before, and you're a little bit giddy. And this time it has nothing to do with snow or a hike up a peak. It's about the mountain bike. It's about waking up early, putting on the smelly biking garb, and hearing the tire roll over the wet, monsoon-season dirt.

I lost my passion for mountain biking, and it wasn't just because of the past couple of years. In 2006 I took a job as SMBA bike coach, and while it was great position where I got to share the stoke of the sport with kids it took it's toll. Actually, that year wasn't bad, fun even. The kids were super strong and we just explored. We went everywhere, me and the posse of 5-6. Sam, Mike, Brae, Ben, Ellie, Kirstin and Ellen. There were others, but that was the regular crew. And on Monday through Thursday, they would unload from the van and I would take them on 6-7 hour rides in the woods. It was awesome. Every single one of those kids has progressed to new levels in cycling, nordic skiing, backcountry skiing and downhill ski racing, and I like to feel like I played a small part in building that stoke.

2007 was harder. The regulars graduated and it was a much younger crew, a little less just exploration. It wasn't the kids fault at all – it was the result of 15 years in the saddle without a break and making a passion a job. I got bored riding West Mag everyday, and truthfully I got a little bored with the bike. Montezuma's Revenge got canceled that year, so I started training for a race in Alaska, the Soggy Bottom 100. I over-trained and got hurt. And what should have been an amazing trip turned into something less than enjoyable…personality clashes with my traveling partner. I should of gone solo…my mistake again. But honestly, it put me in a bad mood that lasted for awhile. To top it off, I crushed my knee in that race, popped something like 15 advil to finish, and couldn't ride till November. By that time it was ski season. And then the winter of 2007-2008 hit, which in many ways parlayed to where I am now.

I think back to 1999. That was a good year, that fall. We were all just getting into singlespeeding. I bought the Ionic Johnny Rotten. I remember one ride…it was me, Meriwether, Hludzinski and Webber. And this kid Matt from Iowa, an intern at IMBA. We all raced, but it was the end of the year and this was a more social event. We rode our singles up the now-plowed-over roots trail to the top of Tennessee – I remember Meriwether cleaned the fucker. We got to the top and scouted the view, trying to figure out where the hell we were. We decided to loop back down to Eldo, and headed down some trail, where Hludzinski crashed and popped his shoulder out of socket. Dislocated it right on the spot. Hludzinski – a fast as hell pro bike racer – liked to partake in a little smoking of the weed from time-to-time, and as he was about to pop his shoulder back into place, who could blame him in this case. The dude whipped out a Campagnola bottom bracket from his pack, did what he needed to do to get the desired effect, and then popped the shoulder back into place right there on the trail. Nary a tear, tough as nails. But poor Matt had never seen anything like it. The kid was 18 from Iowa for cris-sakes. He started crying right there on the spot. And again, who can blame him? We'd been out for four hours, with four more to go and he'd just seen a guy smoke weed (a first) and a severely dislocated shoulder popped back into place (also a first). Initiation was tough back in those days.

The point of this story is…the energy. It was infectious. We loved bikes. God damn we loved them. Life at home could suck, girlfriends could get sick, dogs could get sick, we'd go through break-ups, but the bike would cure it all. Singlespeeds in particular.

So here it is, ten years later. All those old bonds have died. But I sit here at the train car with Elaine, and I'm feeling that stoke. Right now. I've been riding. Climbing Caribou every damned day. At first I couldn't even ride up it without stopping, but now I can. Oh it hurts like the devil, but I can do it. And I'm getting stronger. And with each pedal stroke, that stoke is returning. I'm giddy right now…to ride. To get Elaine on some sort of bike. I wish I still had Johnny, but I don't so we'll have to come up with an alternative. Dave told me of a project. Damned straight I'll be there. 6 am, and I'll bring the java. I haven't felt this way about the mountain bike in 4-5 years and it feels good. So I went and bought a map, published in 2008. I didn't like bikes in 2008. But I do now. I like the woods, I like singlespeeds (rigid thank you), I like the wetness, I like getting lost, suffering, and doing it often.

It's time to explore. 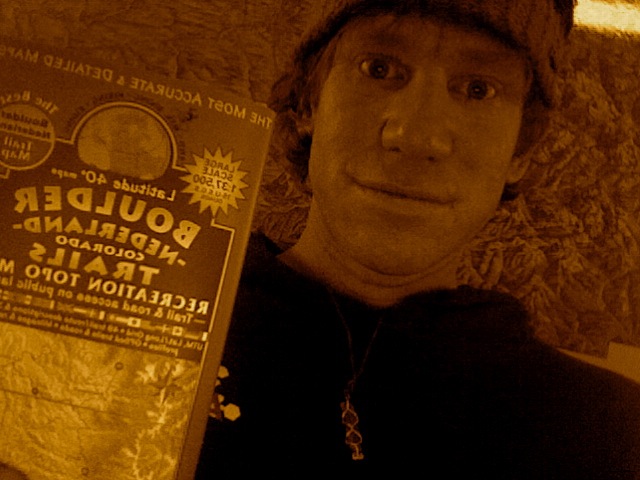