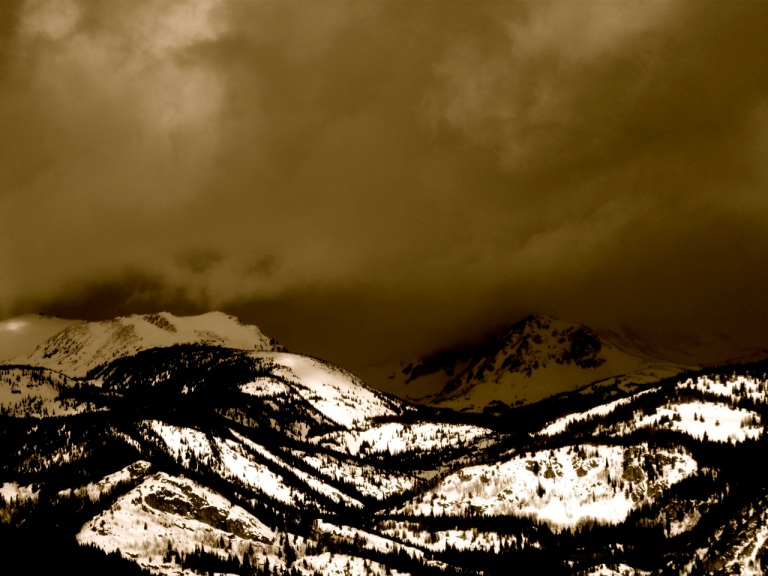 Elaine and I attended the Banff Film Festival the past two nights. The first night, was, in my opinion, kind of a dud, but last night was exceptional. Some cutting edge film making in a mountain biking flick, Life Cycles, super precise HD video in a ski film Chimaera, and an absolutely stunning adventure about two Australians who paddled a kayak from Australia to New Zealand across the Tasman Sea called “Cross the Ditch.”

The highlight though for me was a movie called the Swiss Machine, about Ueli Stock. What an inspiration – the man is a climber, but he trains like an Olympic athlete. At the end of the film, he attempts to climb the north face of the Eiger, the legendary Nordwand, and…well…it’s spectacular. He basically runs up the thing, and the final scene, where he is kick stepping his way up the final steep pitch, and then running along the knife edge to the summit literally made me shout with excitement. He shattered the old record – 2:45 from the valley floor to the top. I was thinking about it all night. I decided to get up early this morning and take advantage of that stoke at my local before work training hill. Nothing big…just a skin up and ski down, but thanks to the motivation, and the fast conditions, I broke my old record by three minutes.

I think that’s the power of art – of film, or photos, or drawing and painting, or words. And even this blog. To get folks fired up and inspired to explore, and in turn, preserve the last remaining wild places on this planet. Elaine and I made a pact this month. We both are blessed with the ability to write. But we need to do something with it. So the pact is this: get the Writer’s Manual that lists publications. Find a publication we like. Each of us. Write something good and submit it, by the end of the month. A simple task that could open a flood gate of good things for both of us. Thanks for the inspiration Banff Film Festival.

P.S. – I’m including trailers from the four films I mentioned below. And I also managed to get a quick snap shot of the Continental Divide on my speed skin this morning (top). It’s a raging up there, and a storm is brewing.