Arrived at the trailhead to more snow than I've ever seen here. 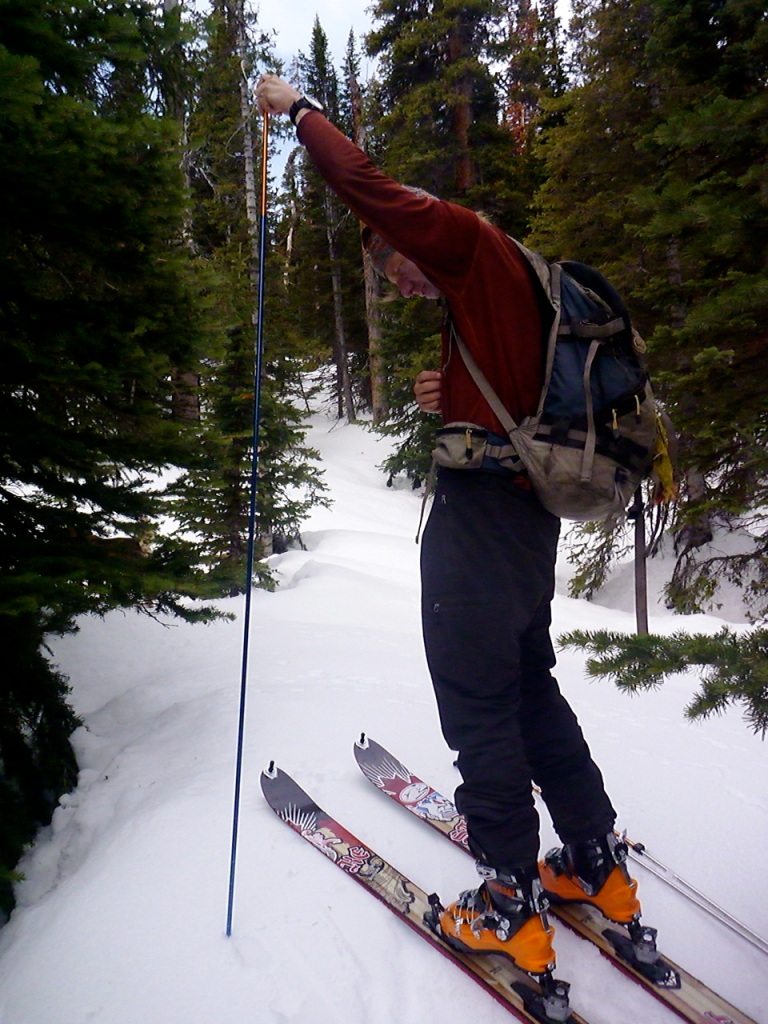 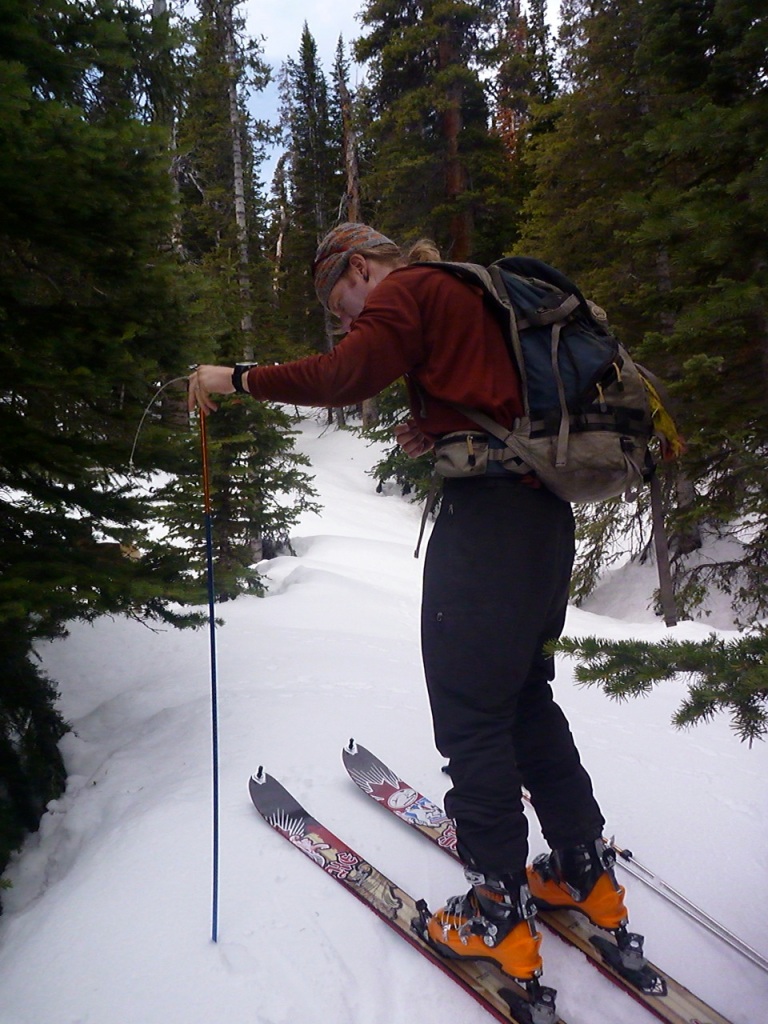 …the end of the probe, but still not the bottom of the snowpack. This was just some random spot in the woods, not that high up, and the snow is well over six and a half feet deep. Unheard of for late May. It's intimidating to think how huge this run-off will be.

Luke Skywalker is the couloir in the middle. It looks good once things stabalize a bit. It almost appears that a rock-ski friendly true descent from the summit is possible this spring. 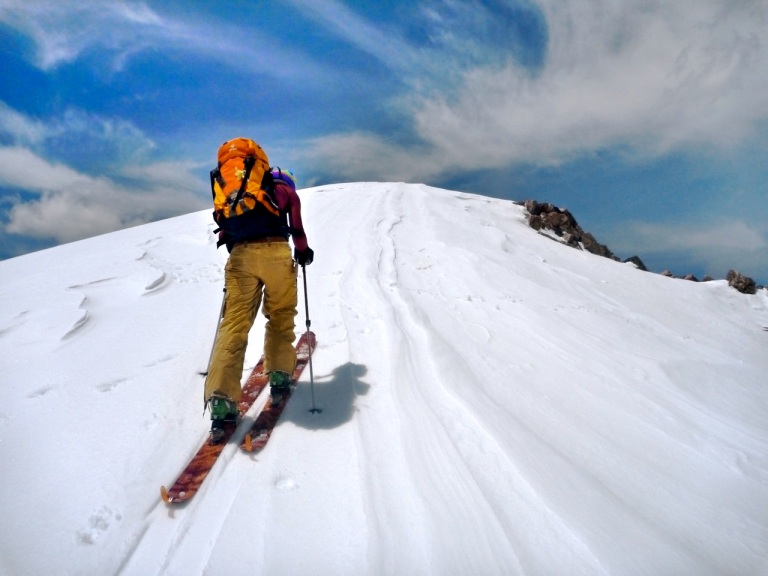 Elaine heading on up to the top of Yelping Dog Peak. Ski crampons helped us make short work of it. Y.D.P. is a little summit that appears bigger than it is. It's a good one for days like today when we're trying to figure what the heck the snow is doing up high. I call it that cause one day a few years back I was hiking up a trail and saw a solo snowboarder and his dog coming down this face. The dog was yelping the whole way…hence the name.

We were going to head down the main face (not pictures), but when I made my first turns the whole top layer slid. All that new snow we have has not consolidated yet and the big peaks are absolutely not ready to be skied safely. Instead, we picked our way gingerly down this north facing and safer ridge of the peak.

Heading back out. Enormous amounts of snow up there. It's no joke…we really will be skiing till August this year.

Did I mention there is lots of snow? 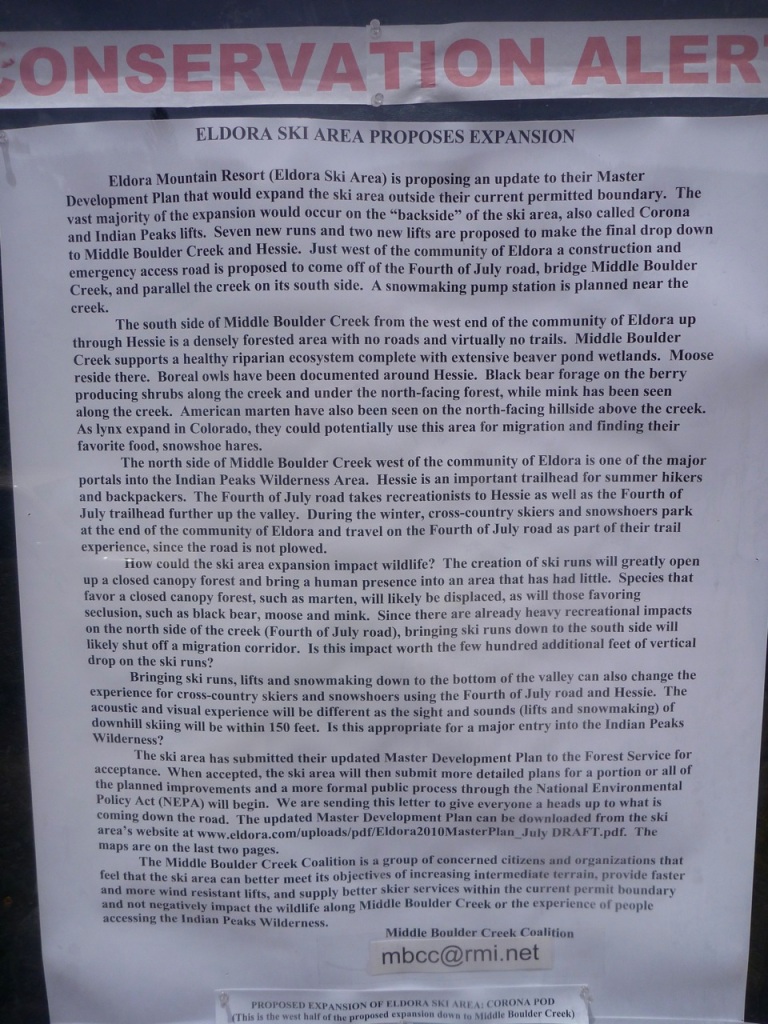 Eldora will have a significant fight on their hands over their proposed expansion. While I do agree that Eldora can use improving and compliment their desire to provide a better product to the customer, I believe it can also be done within the parameters of their existing boundaries.