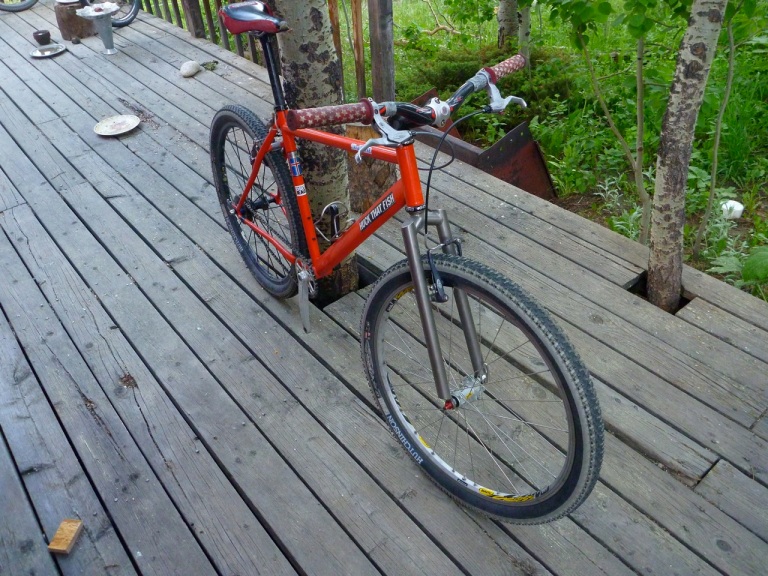 I've skied five days this week. It's been my go-to activity of choice. The skis, over the bike. But then today…something happened. Johnny came back. The single speed bike that for me was my steed of choice during my hey-day of biking, 1999-2004. I had lent it to a friend a few years back, and as she had gotten a bunch of new steeds was going to lend it to another friend who is going through some tough times right now. Johnny has the ability to make it all right. We went over and picked it up. And I got psyched. It looks exactly the same. Orange bright, titanium fork, hutchi tires. Singlespeed. The prettiest bike I ever did own. Johnny has been with me everywhere – the first (and many more) Intergalactics in 1999. Two victories at the 24 Hours of Light in the Yukon. Record distance for a single speed in Montezuma's Revenge. Across the entire desert that constitutes the Kokopelli Trail.  The top of Greys and Torreys. Through snowstorms, thunder, deep woods, slickrock. It's seen bears, elk and possibly even a wolf. It is a great bike, I dare say a bike of legend.

I went outside just now and looked at it. Admired its lines. And thought – I think I want to ride this bike this summer. I want to ride it up 505. I want to explore the new trails everywhere. I want to sling it over my shoulder, over snowbanks, and adventure. The Moots is fancier and more expensive but it doesn't have Johnny's soul. Johnny is a 26 inch bike, and in a world of 29ers that's antiquated. Who cares. 26 inch bikes work just fine by me. It has V-brakes. Who cares again. They work and I know how to adjust them. The bike world has gotten bigger and more plush. Bikes today are like galactic star destroyers. Johnny Rotten is an antiquated X-Wing fighter. But the X-Wing blew up the Death Star.

I'm thinking – I may keep Johnny and give the Moots to my friend.

It needs a few things. Those red grips need to be replaced with blue ones. I need to check what gear is on it. And of course it needs pedals. These things are all minor. What matters is that Johnny is back, and with it my stoke to be a mountain biker again. 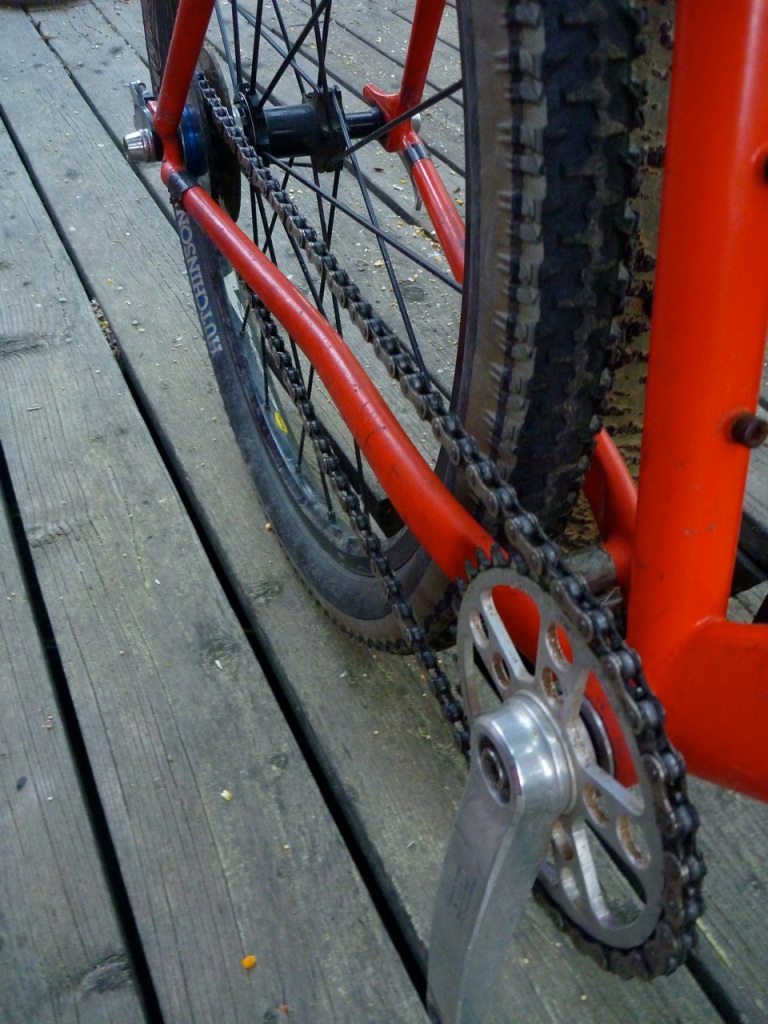