Took the old narrow gauge railroad line home the other day. Elaine's first ever ride up from the flatlands to the town of Ned. For me – I don't think I've done this ride since 2007 or so. It used to be a main staple, back in the Montezuma days, and it was good to return. Lots of fire damage up here, including a bit of an eerie pass of the exact place where the fire started. Can't imagine the chaos and smoke up here that day. Like everything, nature heals.

Elaine did great. Four hours from Neptune to home, which is pretty darned good I think for a first go. Not sure if I'm right about this, but I don't think I was doing it much faster than three hours in my racing days. Her butt got a little sore by the end…the Switzerland Trail is rough…but truth be told I was also bonking a bit by the end. I think that was my longest ride since the Soggy Bottom back in 2007. Good to be back in the saddle…we're going to try it again next week.

Bikes are a neat tool. They allow you to travel faster than walking, and sometimes that's necessary. I'm beyond the days of self-identification through the bike, and actually, if you look at the contraption and the way people look when they ride them, they are both ingenious and kind of dorky at the same time. But after walking to Boulder at 3 mph, it's pretty neat to be able to go at least twice that fast, uphill, with minimal effort. I like how they get your legs and heart strong. Come August, September and October, we'll be doing a lot of uphill mountain biking to build strength for backcountry ski season. It's as good as Alpine Training Center, and a lot cheaper.

Bikes are a contraption of the modern world, much more so than skis or walking. Two reasons for that. First, they basically require trails or roads to work. Even the new fangled fat bikes only work somewhat well on certain surfaces, and don't work at all in others – like a jungle or deep snow for example. Second, people are in a hurry these days to get places. My most effective use of a bike was for commuting to work. I could ride to Boulder in two hours easy. It takes six hours to walk it. That's not practical for most commutes. Honestly, if I lived in a remote cabin in Alaska, a bike would be of minimal use. There are no trails up there, and there's nowhere to be except right where you are. Might as well walk or ski in that case.

One limitation of bikes is you can't get to some of those places in the woods where nobody goes. I know a spot in the woods, far off the trails, where the moose gather in droves. You can see their droppings everywhere. I've stumbled across coyote dens, evidenced by the bones of elk and deer, fur scattered about on the wildflowers. There are places on north facing hills where the moss is so deep and squishy you can bounce on it. Those are nowhere near trails either. You have to walk to those places.

It's all perspective. Compared to driving, biking seems slow and simple. Compared to walking, it seems fast and somewhat complex. I think they are a nice happy medium. They are a good tool, especially if you have to get places, and I recommend them. 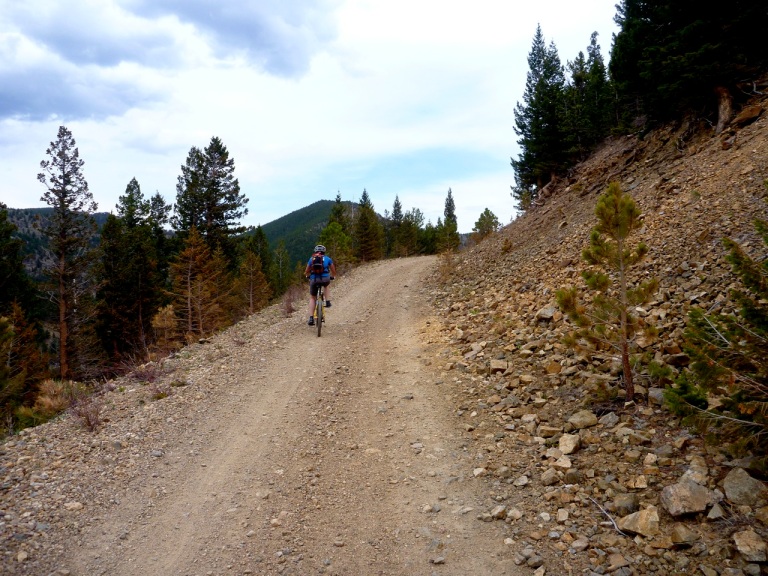