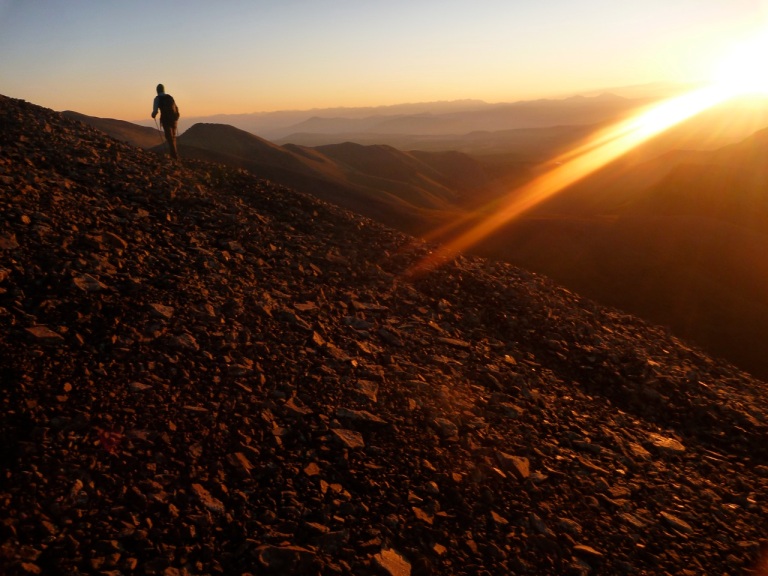 This day started as well as a day can – with a morning dawn patrol climb up a 14er. We woke up in the dark, with just a sliver of orange rising over the horizon, and headed straight up the ridge that eventually ended at the summit of 14,014 foot San Luis Peak. This is living, indeed I believe things like this are what us humans were meant to do. It was a grand start. The sun rose brilliantly over the Cochetopa Hills, the Elks, The Sawatch, and we were fortunate to be on a ridge that likely caught the first sun rays of any location within 30 miles. 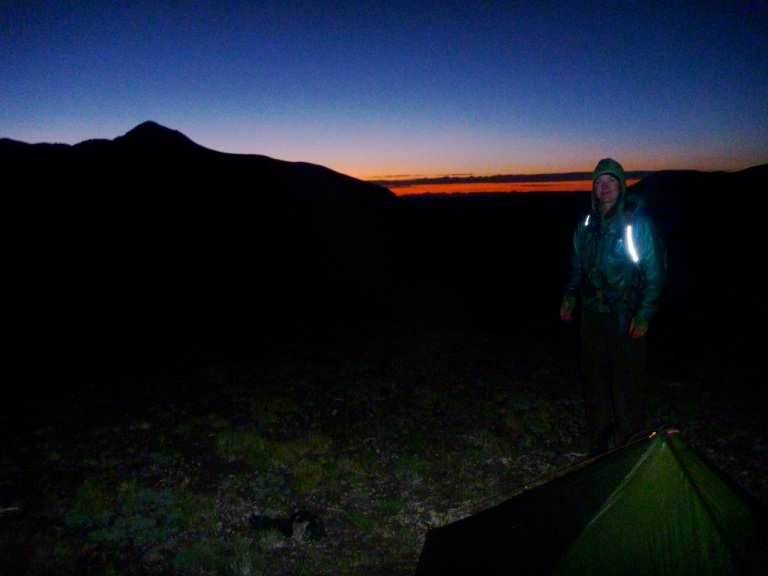 The climb to the top was straight forward, and as the sun rose higher, we enjoyed summit euphoria. Hiking the Colorado Trail is not about hiking 14ers, but to be on top of such a majestic peak at dawn, with the love of my life and nobody else is indeed a euphoric moment. As we headed back down, we passed the couple who camped at the headwaters of the Cochetopa, looking almost incredulous that somebody had already been up there and it was barely 6 am. The guy in the lead looked like he was fuming, and the girl gave us a rather acidic "congratulations" as they passed. I think we surprised them, and I'd be lying if I said I didn't like our style on this one. We headed back to camp, packed up our gear and headed off before they made it back down. 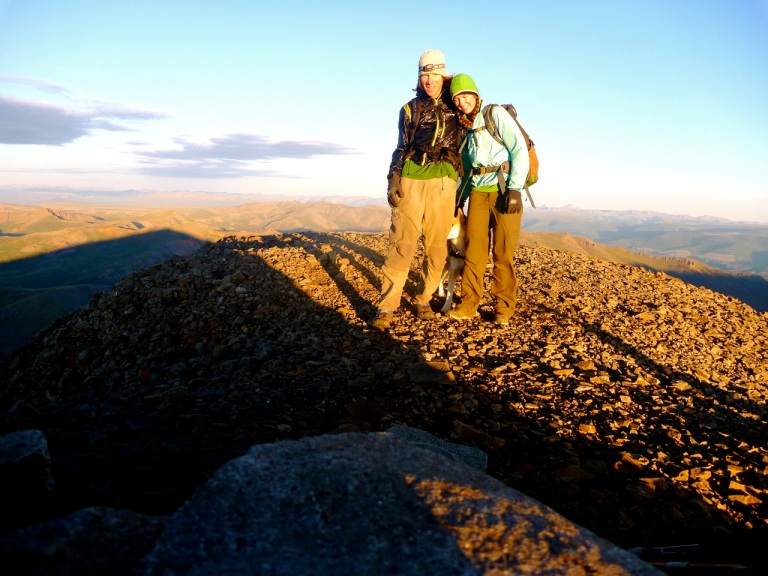 We encountered exceptionally varied terrain on this day, from high alpine mountains, to Lord of the Rings-style rock walls, to massive, flat plains at 12,000 feet above sea level.  The latter…I have never seen anything like it in my life.  The San Juans are one of the finest mountain ranges in the world. They are towering and dwarf the Front Range. As a skier, it's hard not to fantasize about these mountains in the winter. The avalanche chutes here are massive, and while they would be scary when they ran in the winter, they seemed to be the preferred habitat of deer in the area who feasted on low lying branch. 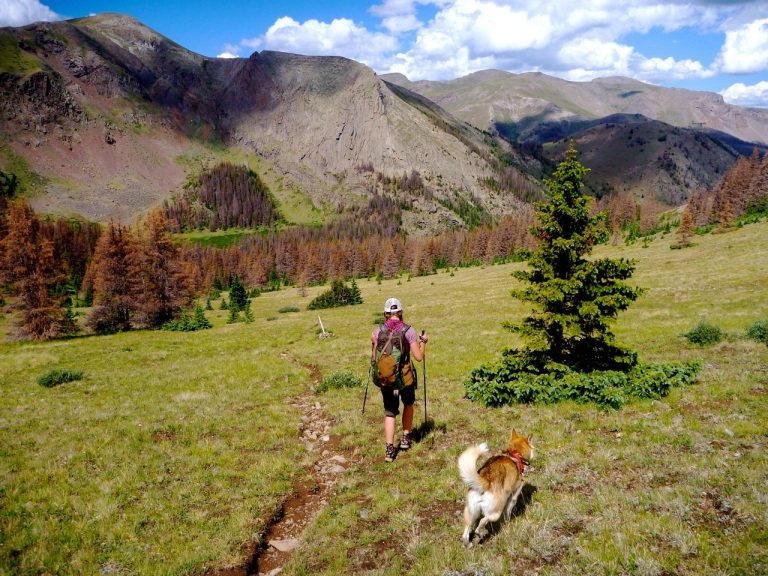 We headed over San Luis Pass proper, where we passed two guys in their young 20's. They told us they were from Topeka, Kansas and had just finished a re-ration round trip to the little town of Creede. Ouch. There are difficult re-rations, but to choose Creede as your destination for this seems masochistic. There is no paved road to hitch on, and it's a 20 mile round trip hike to and back. Like I said, ouch. 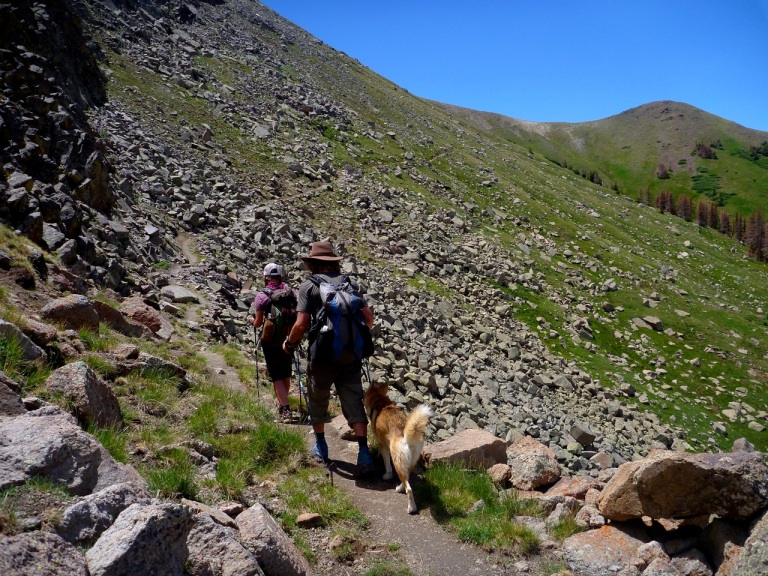 We were not really sure what our plan was for the day. Truth is, we're quite a bit ahead of schedule, and since we have a campsite reserved at Molas Lake on the 23rd, we kind of need to slow it up a bit. Problem is, we're in a pattern and breaking it is almost harder than hiking 25 miles. We eventually decided, to hell with it, we're going to go our normal pace, take advantage of the good weather, and head to our cache at Spring Creek Pass. 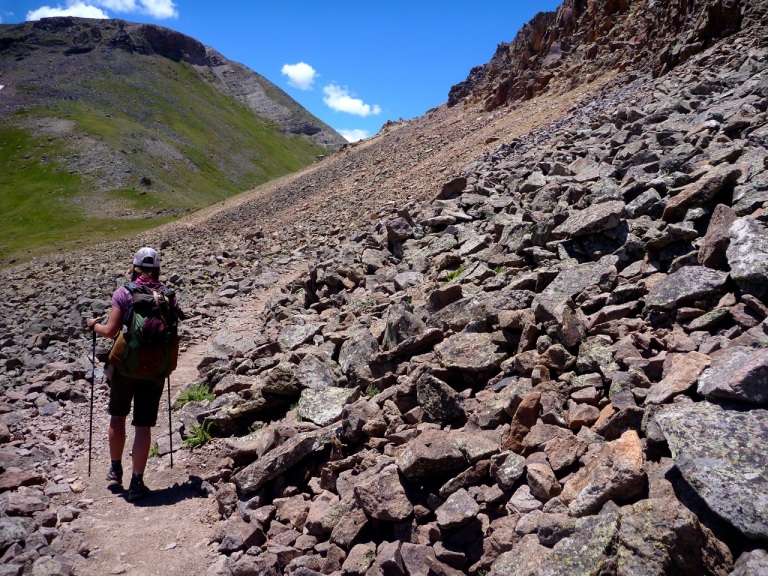 We left the alpine mountains and entered a rocky cliff ravine near two trails named, humorously, "Rough Trail" and "Tumble Trail." Rough and tumble. Seeing as how no trail existed beyond the signs, I suspect they do indeed live up to their name. 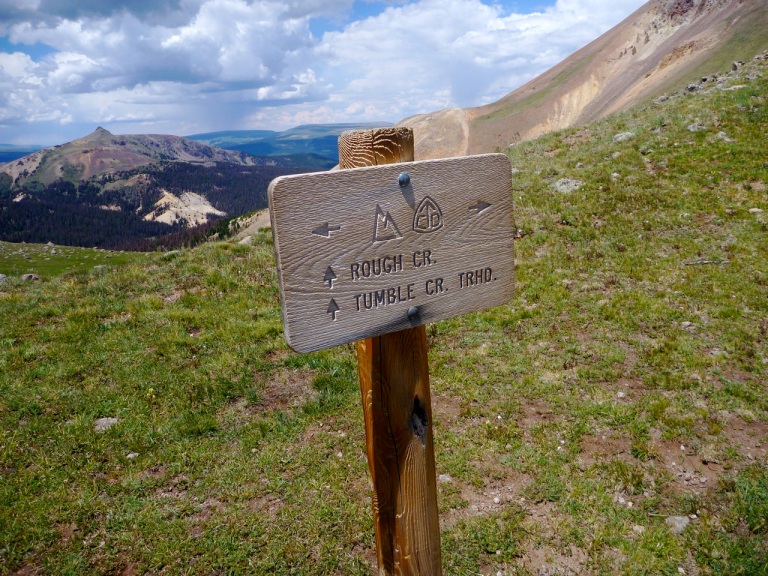 We passed a large crew of workers digging in the dirt. They were volunteers for the Colorado Trail Foundation, and they were redefining the bench of the trail. The Colorado Trail is 100% volunteer built, and if we are around next year I think we'd both like to give back by dipping a shovel into the dirt. We passed their empty camp, which on the open fields gave a feeling more of Mongolia than Colorado. 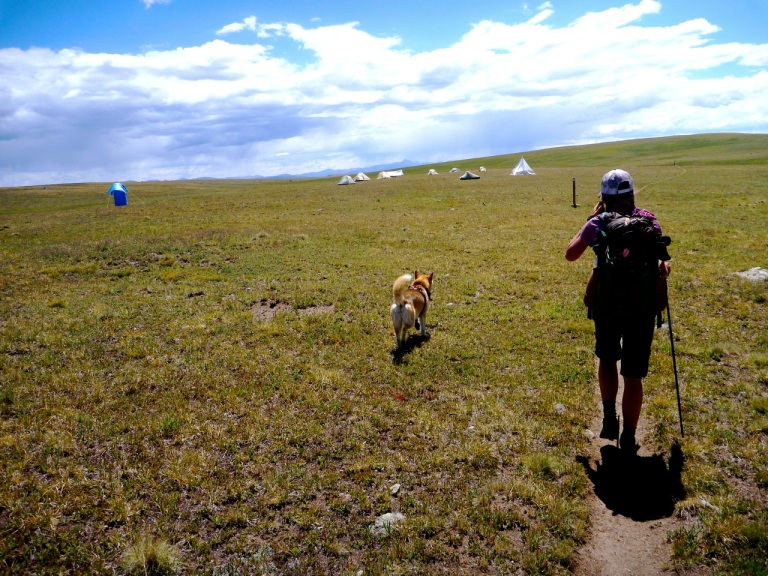 We entered one of the most bizarre places on the entire journey. Snow Mesa is a perfectly named place. It's flat as a plate, and sits entirely above 12,000 feet. Before today, I had no idea it existed. It's oddly beautiful, yet…well…boring at the same time. It was actually quite hot, shocking for 12,000 feet – evidenced by the loud snapping of grasshoppers. Elaine tells me you can tell the temperature by the amount of times a grasshopper clicks. The more clicks, the hotter it is. Alas, they click so quick there was no way to count (let alone decipher) the sounds. 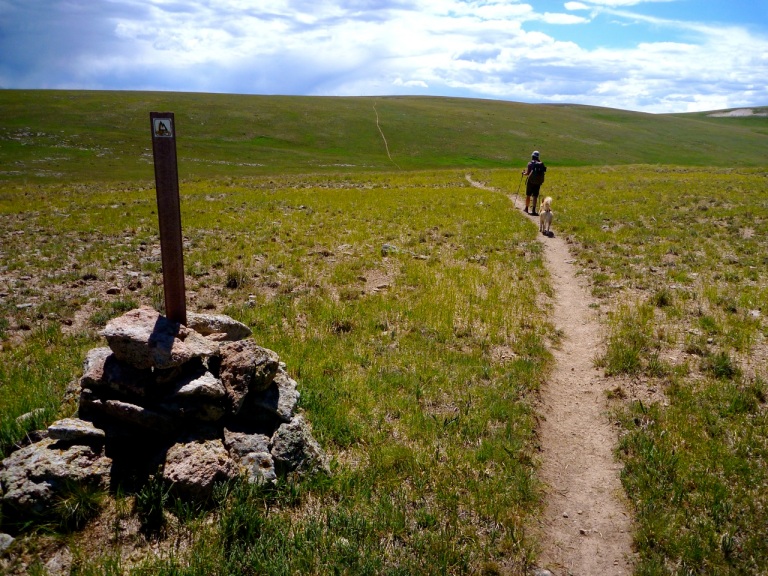 We relaxed for a little bit at a very stagnant lake with all sorts of pre-historic looking bugs in it. I must say, the water quality of the mountain lakes and streams in the San Juans is not on par with that found in the Indian Peaks. 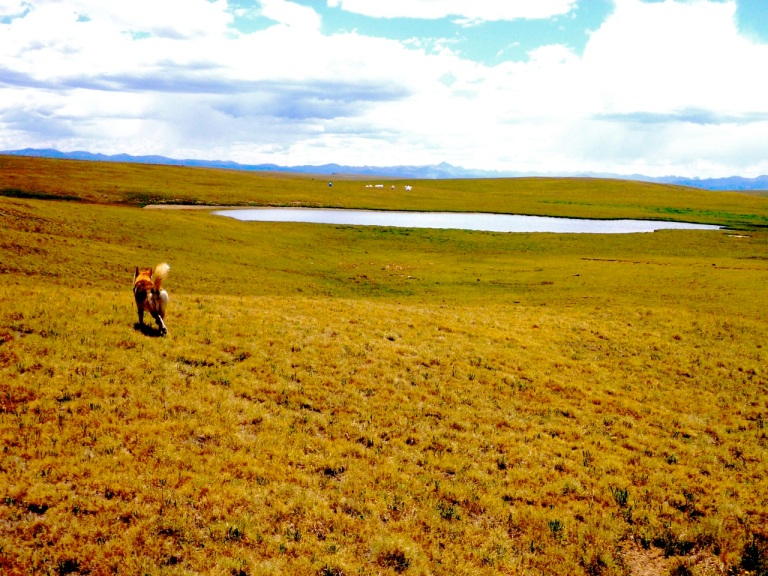 We trudged across the endless, flat plateau. To the west, massive thunderstorms were building yet again. I was feeling a bit weak today – I think I need a bit more food. It feels like everything enters me and is intantaneously burned for energy. It is a state of perpetual hunger. 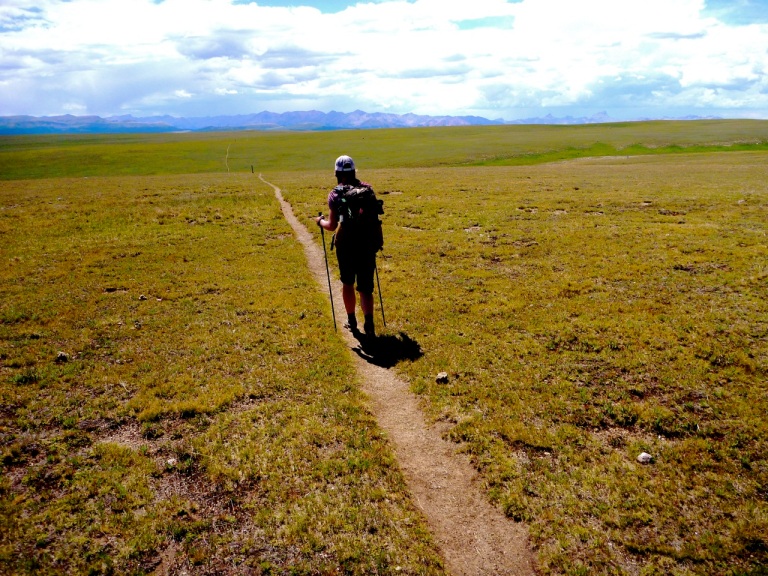 We finally reached the edge of Snow Mesa and dropped down a steep, rocky and hot ravine to Spring Creek Pass. We filled up bottles in the creek, and, after a quick search, found our cache undisturbed. We cooked dinned and buttoned the hatch on the tarp as a massive thunderstorm rocked Snow Mesa. I hope those kids from Topeka are OK…that would be a horrible place to be in a big storm. The San Juans are proving to be stormy indeed. 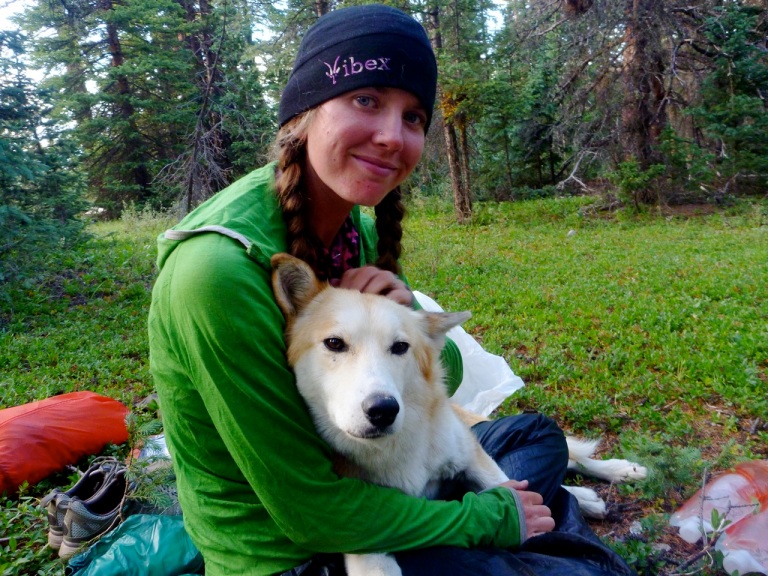 This has been a huge four days. We've travelled 100 miles from the shelter on Marshall Pass to Spring Creek Pass. I know we need to slow down, but it's harder than it might sound. To leave the rhythm and patterns of the past four days is painful to do. It's easier to hike 25 miles than it is to sit around. 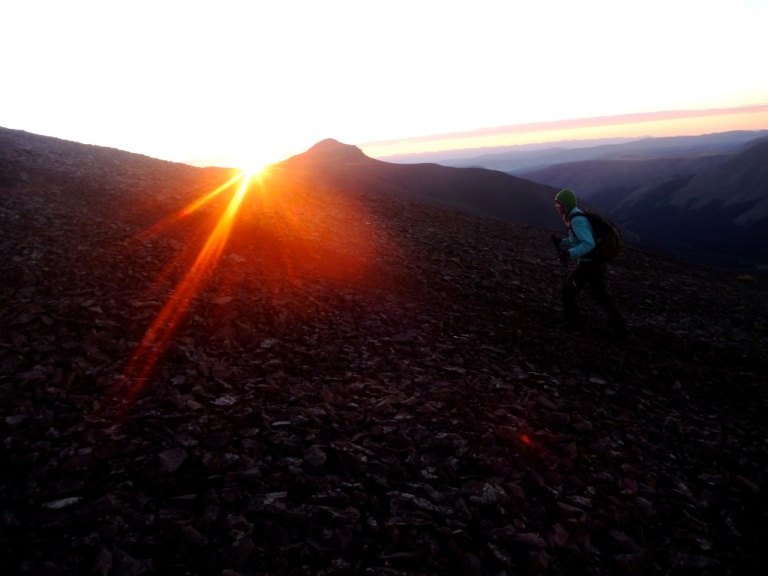 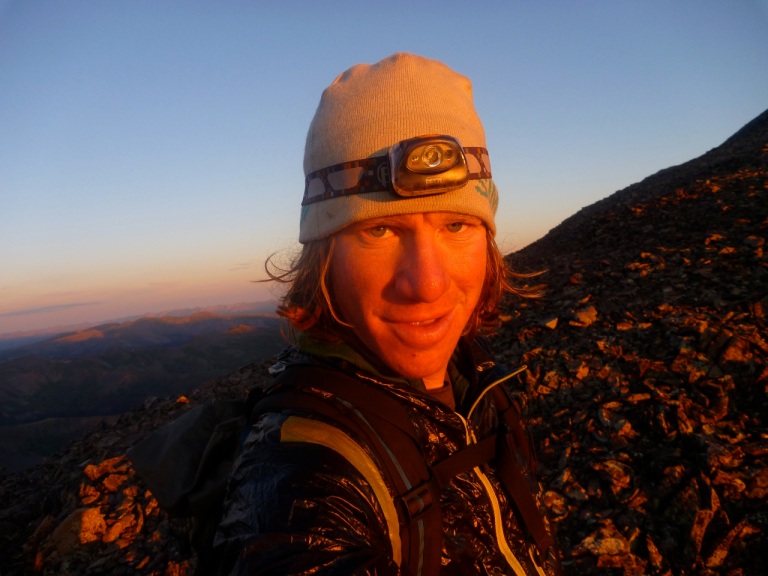 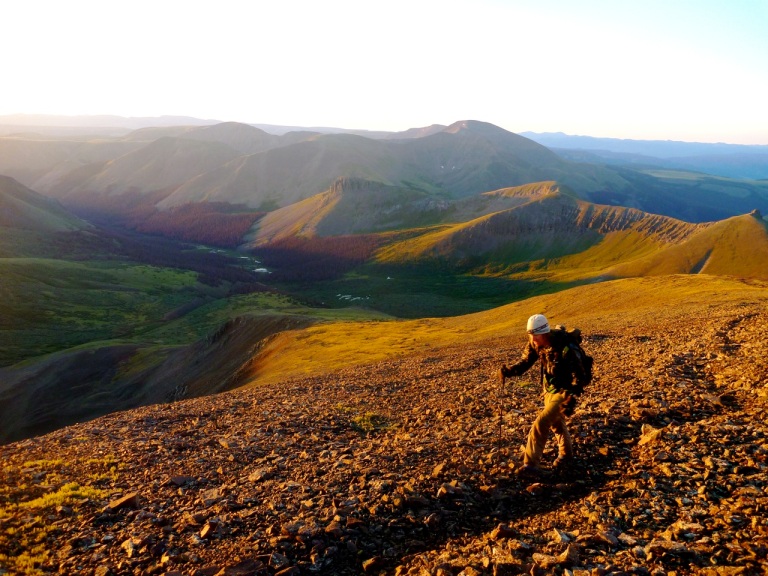 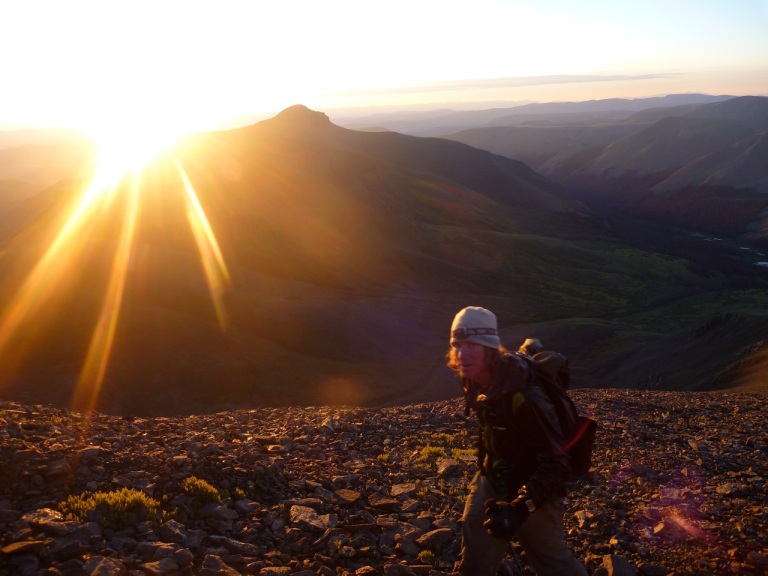 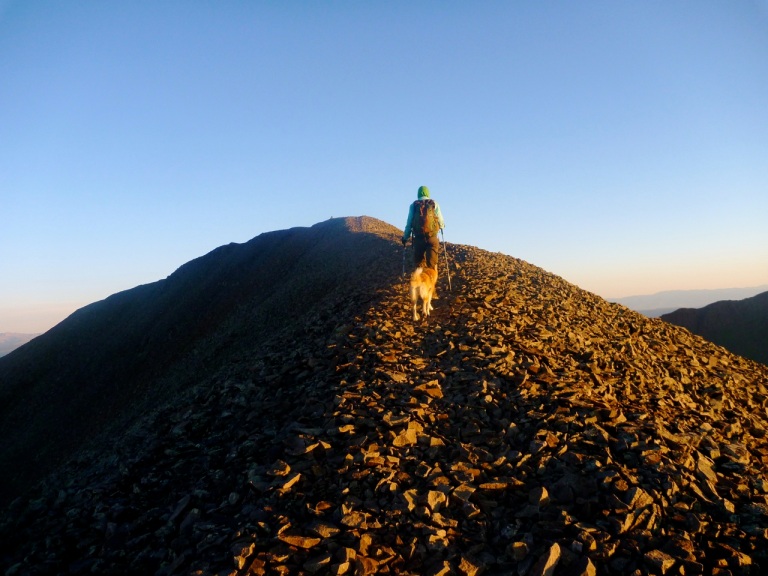 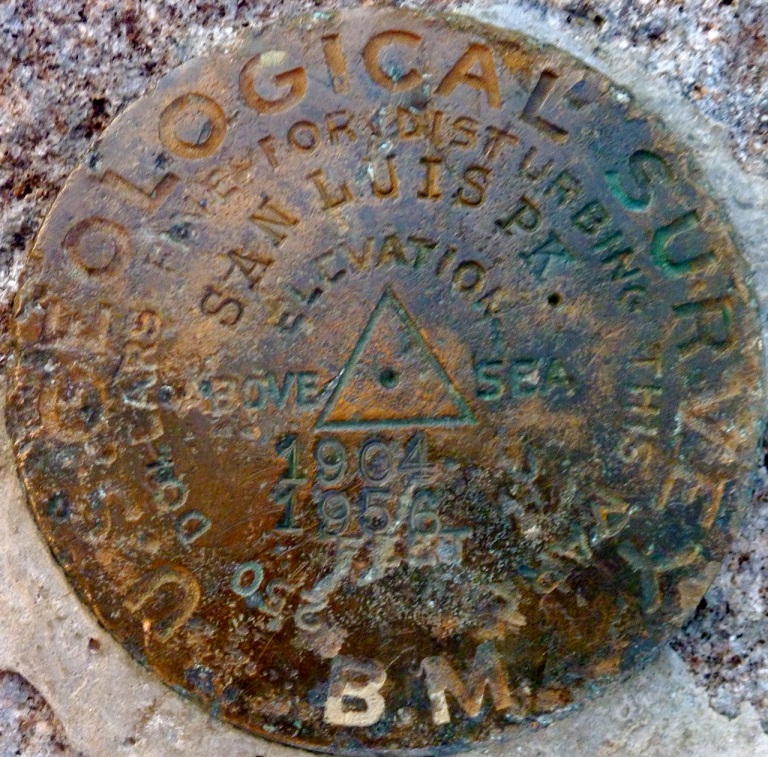 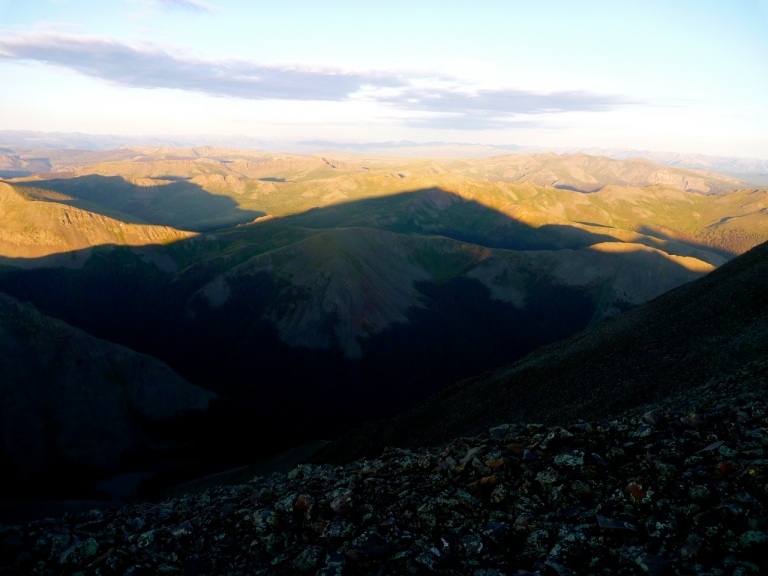 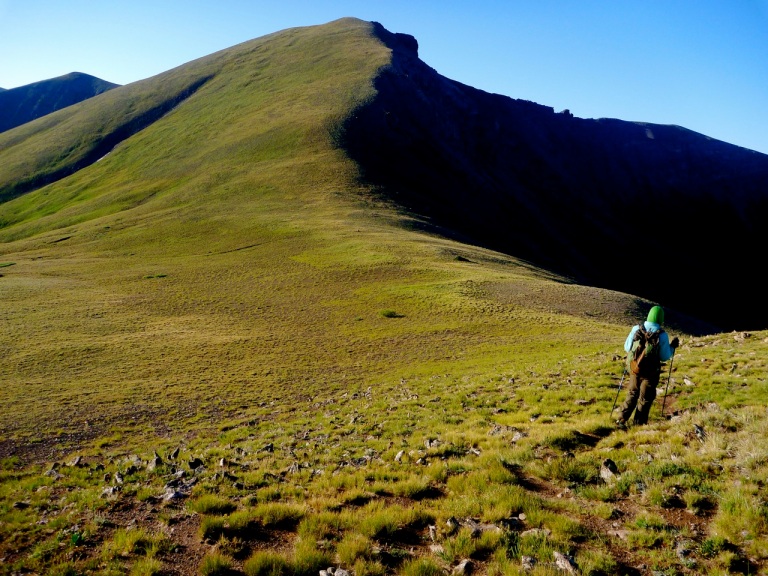 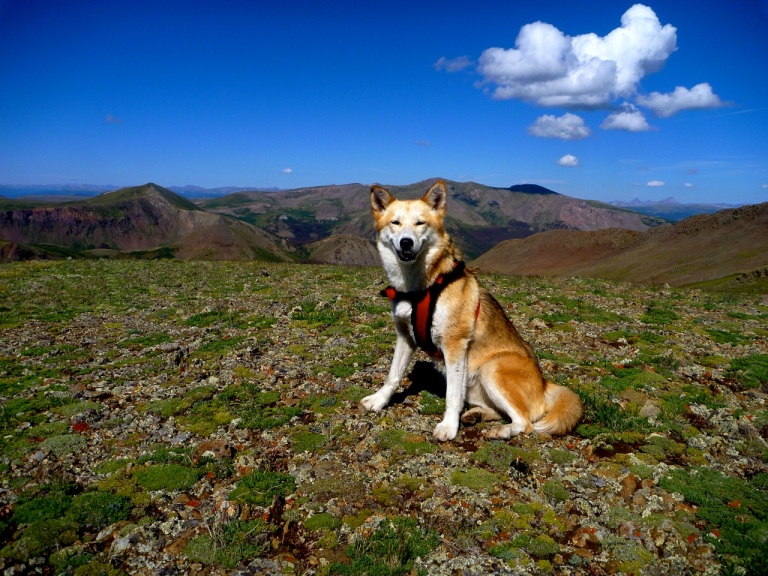 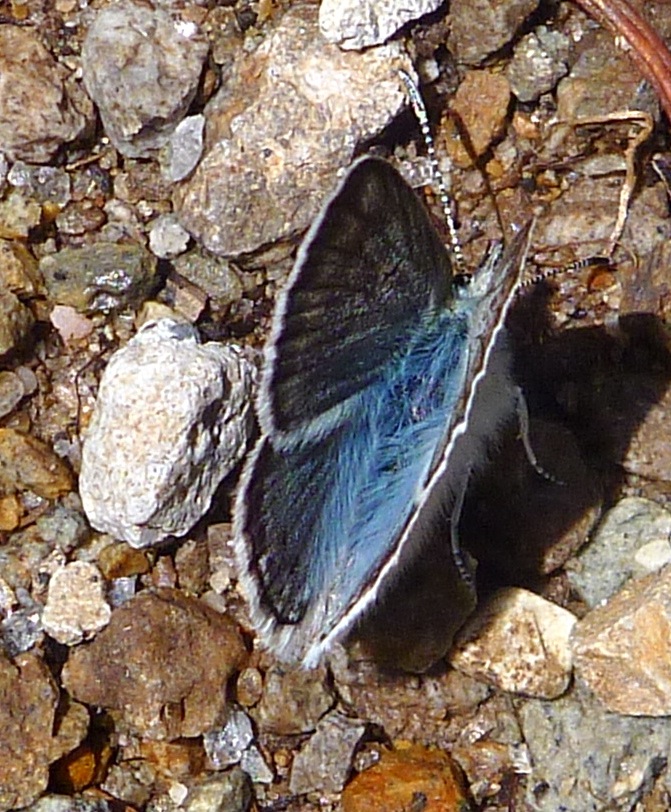 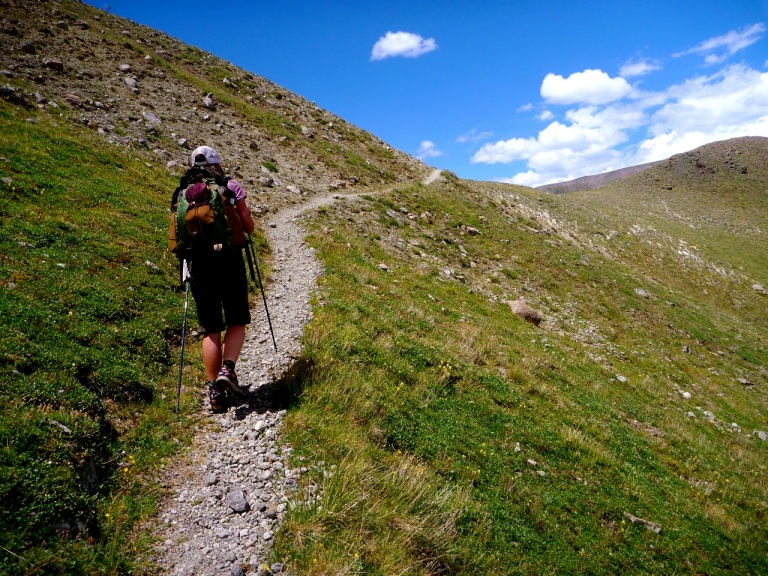 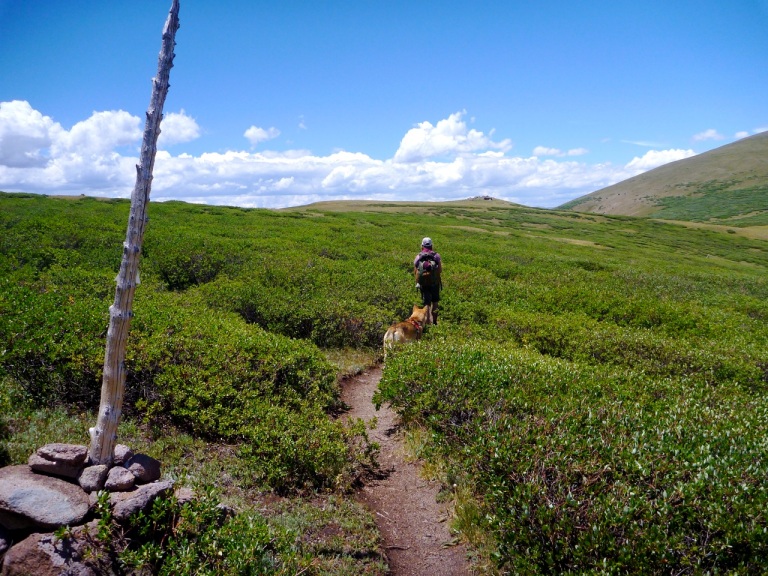 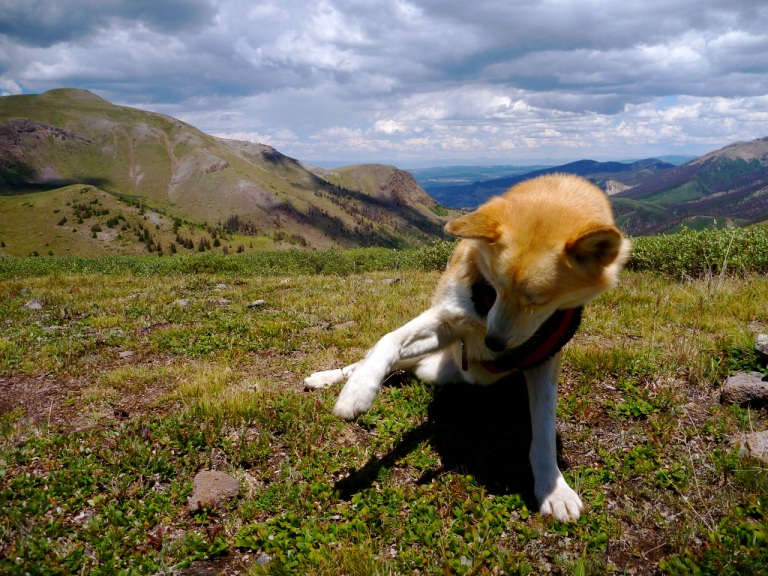 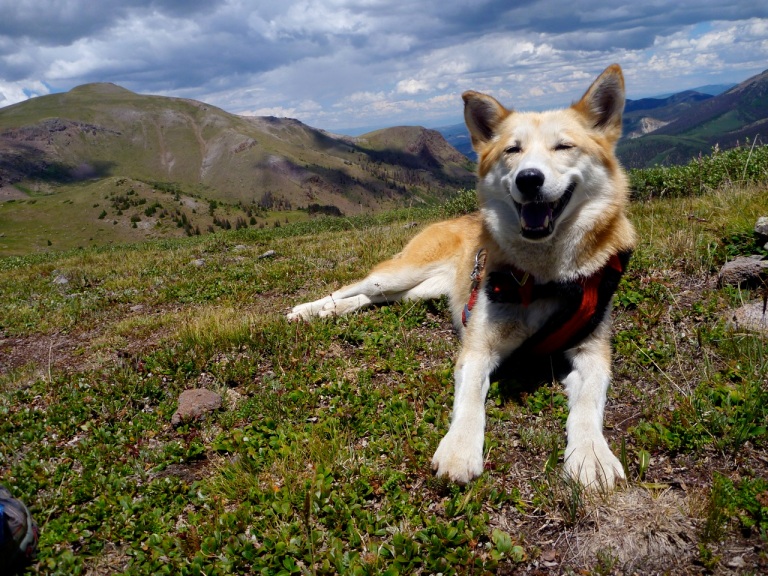 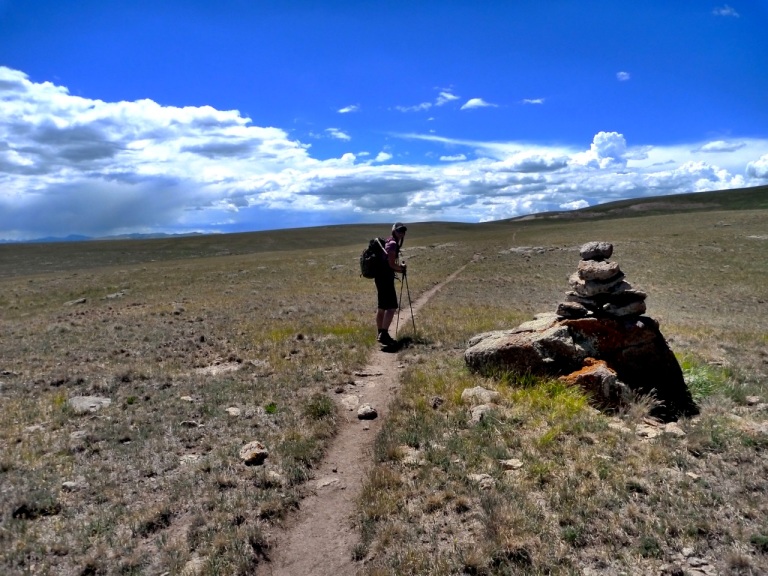