I find the political season pointless. People place so much emphasis on it, and I guess to some extent it's important. As in, we don't the next Hitler to be our president. But the endless banter of political posts on Facebook is a real soul sapper. I wish folks would post more images of adventure and stories of life. Politics almost seems like real world entertainment, not unlike a sit-com or a sporting event on T.V. It feels staged and it seems to divide more than bring together. One thing I know – I doubt anybody has changed their mind because of a Facebook post! 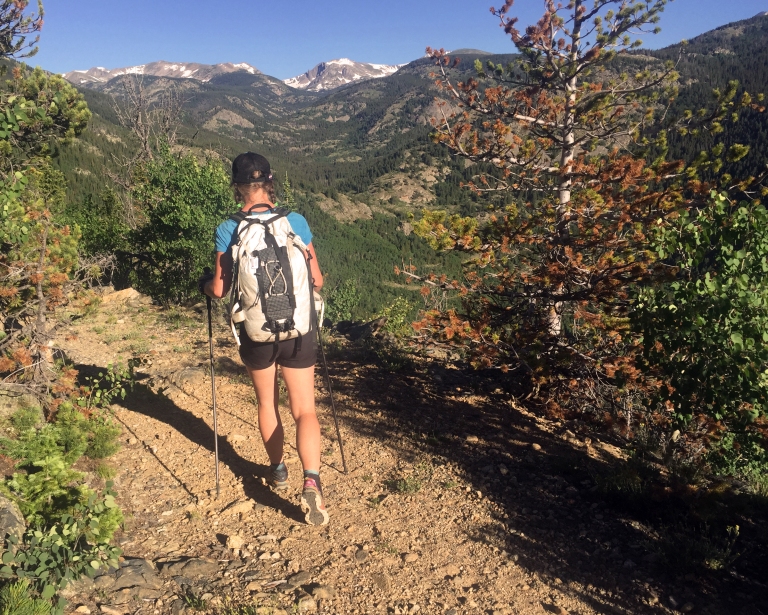 Today I ran up the hill behind the house. It's a good ass-kicker. Short, steep and sweet. That hill has provided a lot of good times for me, a lot of salvation. When I moved away from this valley in 2009, that was the thing I missed most…the hill behind the house. In the summer I run and hike it. In the winter I ski it, almost religiously. It's to the point where I have a special set of skis just for that hill! It's a great place, and I hope when I die a few of my ashes are spread there. Arapaho Pass too, up by Diamond Lake…those are the two places I feel happiest and most at home.  Not that I plan on dying anytime soon. There are many adventures and experiences I will do…we're not even halfway done yet!

There is so much peace in this valley. We have our own micro-climate here. It's much cooler and wetter than Nederland. We have moss, deep forests, moose and fox cries echoing through the night. It reminds me of Alaska, Norway and much wetter places. This winter I want to measure snowfall here, as I suspect it's much higher than just a few miles east. That could be tough…how do snow stakes work in heavy wind? We shall see!

On a walk the other night I saw the early signs of the changing of the seasons. The ferns (I think they are ferns) are turning yellow on their tips. In a month, the first leaves will be turning. In two months, we'll be entering the absolute height of autumn. And in three months, it will all be over, the trees bare, waiting for winter to hit. Time passes quickly here, and it's important to seize it as much as the body allows.

An old woman at the rock by the stream came up to me today and told me about the Ouzel nest. I have to admit, I don't know what an Ouzel is. You can learn a lot from your elders. They watch more, and are more patient. I'm always running around, pushing it, but sometimes I wonder what I fail to see – like the Ouzel nest.